As Gutboy and his retinue considered the cave entrance, the bag man lowered himself into it.  They then heard a commotion from behind - Pai Mei was hurriedly descending to the bottom of Southdeep, shouting "Sorry I'm late, just got back from my Pilates class!"

A "clang" was heard from beneath cave/pit as the party debated who should go first.  Finally, Pai Mei agreed, ropes were lowered, and the descent was made.

The entrance to the cave was a 20' wide hole in the ground, and descended into an 80' wide space dug out of the dirt.  A tall heap of trash and refuse from the town above came to within 10' of the entrance - Pai Mei lowered himself onto the pile and clambered down to the bottom, the rest of the party following after.

The floor of the cave was, strangely enough, made of riveted steel, and had a trapdoor in it.  Two tunnels were dug into the dirt walls of the cave as well - one leading west, and another southeast.

They first opened the trapdoor, revealing a chamber with a conveyor belt running along its floor.  It was too dark to see the walls of the chamber.  The prospect of belts and conveying was deemed too dangerous, and the duo decided to head down the dirt tunnel to the southeast, bravely sending in the robot ZN547 ahead of them.

The narrow tunnel meandered some 800' through the dirt, and ended at the entrance to a steel tunnel, heading back roughly north.  The steel tunnel was lined with girders, holding back the earth, and the "floor" of the tunnel was a series of metal buckets stretching off into the distance, their openings pointing south towards the party.  Pai Mei deduced that this was the talings-disposal section of the BAGGER 288, and once again their wariness of automated conveyances led them to abandon this entrance to the great machine.

They returned to the main cavern, and then followed the west tunnel.  This tunnel spiraled downwards, opening into another dirt cavern, the floor littered with ancient bones and skulls, and the north wall occupied by massive vertical treads.  There was another small tunnel high up on the north wall, above one of the treads.

Once again, the party bravely sent the battle bot ZN547 into the tunnel above - as it clambered up, there was a disturbance in the bones.  A massive earthworm, 6' in diameter, reared up from beneath the bones and sped at top earthworm speed towards its prey.

Arrows flew, and Trezgar expended a sleep spell to no effect - and the earthworm descended upon the grad student Sally, gulping her down whole.  More arrows were shot into the beast, the battle-bot descended to impale the worm with its drill-hand, and Gutboy unloaded a full clip from his newly-purchased machine gun into the beast.  The violence finally overcame the worm, tearing it open vertically, and the bullet-ridden corpse of Sally slid out of its ruptured gullet.

With admirable practicality, Gutboy kicked Sally's body aside and began inventorying the contents of the worm's digestive tract.  He managed to extract 76 gold coins of ancient and unknown provenance, the faces and writing stamped upon them unfamiliar.

Their mercenary instincts sated, the party climbed up the giant treads and crawled down the narrow tunnel, getting much smaller earthworms tangled in their hair.  This tunnel opened up into a third dirt cavern after a short distance, the east wall being made of steel.  A metal stairway emerged from the dirt and ran up to a door in the steel wall.  ZN547 opened the door, and instantly the sound of heavy machine gun fire was heard, and the battle bot staggered back under a hail of bullets. Pai Mei shouted "A trap! Destroy it!" at the robot, and it obediently passed through the door - loud banging and crashing - and returned with a mangled machine gun on a tripod, a metal wire running from its trigger to the door's handle.  "THREAT ELIMINATED!" announced the damaged robot, as Pai Mei considered that he may have been too hasty in ordering the destruction of the trap.

The party began pouring into the BAGGER 288 (for surely this door must lead into its interior).  Inside they faced a massive turbine, 20' high, its ends disappearing into the darkness - and then, laser-fueled violence!  Four robots were waiting in ambush, and opened up with their laser-equipped arms, catching the party in a crossfire.  ZN547 and Bob the grad student were lacerated under the burning beams of light, and Larry the grad student's nerve broke - he ran back into the dirt cavern, screaming that the extra credit just wasn't worth this kind of risk.

While the party may have been outgunned and surprised, they were not without resources - Trezgar used his sleep magic to put two of the attacking robots out of commission, and Gutboy's paralyzing incantations locked up the third's positronic circuits.  A hail of arrows finished off the remaining robot, its hydraulic lines severed and reducing it to immobility.

Professor Smithen began yanking microchips from the felled robots, and Gutboy set himself to work ripping their laser-equipped arms off at the shoulder.  They then began exploring the turbine chamber, finding a ladder and trapdoor leading upwards.  Gutboy convinced Smithen to order his assistant Michael to climb the ladder and open the trapdoor -  he did so, and then quickly backed down the ladder, shouting "Robots! Robots!"

Pai Mei borrowed Gutboy's 20' extending pole (once Mongo's), put the deceased grad student Bob's pork pie hat on top, and stuck the pole up the hatch.  The pole jerked, and Pai Mei pulled back a shorter 15' pole - it had been sheared off.  Gutboy then put on his ring of invisibility and climbed the ladder to reconnoiter - he found that three welding robots were watching over the hatch, waiting for the party.

A plan was hatched - Gutboy climbed up again, invisibly, and then Pai Mei followed up the ladder.  Just as Pai Mei reached the top, Rufus blinked into the room, and both the dog and Gutboy assailed the wayward welding machines.  Pai Mei clambered into the room so that Trezgar could get a shot off with his boy - but one of the robots shoved its welding torch into Pai Mei's face, burning off his luxurious eyebrows.  No longer would he be considered the dandy of the Secret City of the Shoguns.

With the robots already badly damaged by the sneak attack, and Pai Mei's magic missiles decimating them, the battle was over quickly.  The party moved deeper into BAGGER 288, finding a broom closet, a locked room, and a lead door with radiation warning on it.  Then, surprisingly quickly, they stumbled into the control room of the Destroyer of Worlds - clearly the back exit was the best way in.  A hairless, sore-covered gorilla stood in the middle of the room, with cables hanging from the ceiling jammed into its flesh.

The gorilla's rolled back in its head, and it shouted "You!  You have come to awaken the Beast!  All is lost!"  Gutboy ignored the screaming gorilla and headed to one of the control stations, eager to plug in the USB stick that would activate the evil machine.  The gorilla wasn't down with that, and began slapping Gutboy furiously about the neck and face.  With his bag-men compatriots somewhere above, the wired gorilla was quickly dispatched.

Gutboy plugged in the USB stick, and the banks of long-dormant monitors began to light up.  A feminine voice announced "Initializing systems.  Reboot required." as the BAGGER 288's turbines began to turn.  Gutboy quickly ordered Professor Smithen to connect his override aparatus, and then the Professor and his assistant ran out of the room, dragging the antenna cable behind them, as they had to mount it outside the door to the BAGGER 288.  Gutboy and Pai Mei then did some quick mental math, and realized that staying inside the living machine, Destroyer of Worlds, Harbinger of the End, was probably suicidal, and ran after the Professor.

As they exited the machine, they noticed clumps of dirt falling from the ceiling of the caves - the tunnels were going to collapse.  They rushed through as fast as they could, the ceiling collapsing behind them.  As they reached the top of the BAGGER 288 and the hole leading up to Southdeep, they found that five bag men were waiting for them.  "It is them!  They have awoken it!" shouted the angry gorillas.

"No time!" should Gutboy back.  "We'll all die if we fight!"  The gorillas apparently agreed, and clambered up the pile of Southdeep's garbage and up out of the hole, followed by the party.  The people of Southdeep stared out their windows as the party wound their way up and out of the quaking pit.  Only when they reached the top did Gutboy shout "You have to run!" down at the inhabitants - just in time to see the pit collapse, burying the hapless villagers.

Having escaped being buried alive, the bag men then began beating their chests and charged Gutboy.  Trezgar still had a sleep incantation available, and most fell to the ground in deep slumber.  The one left awake was slain, and the remaining sleepers had their throats slit.  As they finished their business, a 50' wide saw blade erupted from the earth next to them - apparently they weren't as safe as they thought.  They ran from the blade as the rest of the BAGGER 288 began to dig itself up from the earth.  It trundled off to the west, towards the mile-wide alien spaceship, the flamethrows attached for some reason to its might digging blades and saws setting the forest ablaze.  Clearly the manufacturers of 21st century mining equipment had some important safety questions to answer.

The party made their way back to Denethix, and Gutboy and Pai Mei headed towards Davrik Lerdingfast's mansion.  The butler escorted them to the roof deck, where Davrik stood watching the progress of the BAGGER 288 through one of the many tripod-mounted telescopes that had been brought out for the occasion.

Gutboy looked through one of them, and witnessed the undead horde's futile attempts to stop the machine.  The lasers of the skybike-riding zombies were unable to penetrate the BAGGER 288's armor, and the shells from the ground artillery merely bounced off.  The great blades of the machine scythed mercilessly through the ranks of the dead, and finally the machine reached the glowing green spaceship.  Its giant blades cut through the ship's hull as if it was cardboard, and Gutboy barely had time to glance away as the ship exploded in a massive mushroom cloud.  When the explosion subsided, nothing was left but a vast empty crater - and the BAGGER 288, continuing to crawl off to the west.

Davrik:  "Quite a show!"
Gutboy:  "Yes, and I think I can offer you a deal.  How much would you pay to control that machine?"
Davrik:  "What?  Control it?  Ha, a hundred thousand gold, I suppose."
Gutboy:  "We're very serious, and that's not nearly enough."
Davrik (scowling):  "If you can bring that thing to heel, I can offer you a million and a half.  That's all I have liquid right now."
Gutboy:  "When we disable it, it will be yours.  You'll need to take care reactivating it - we won't reprogram it."
Davrik:  "Get it done, and we'll talk."

So why didn't anybody tell me this existed?  AWESOME.

[EDIT - it is PURCHASED and in my grubby little hands! Hail Ziltoid!] 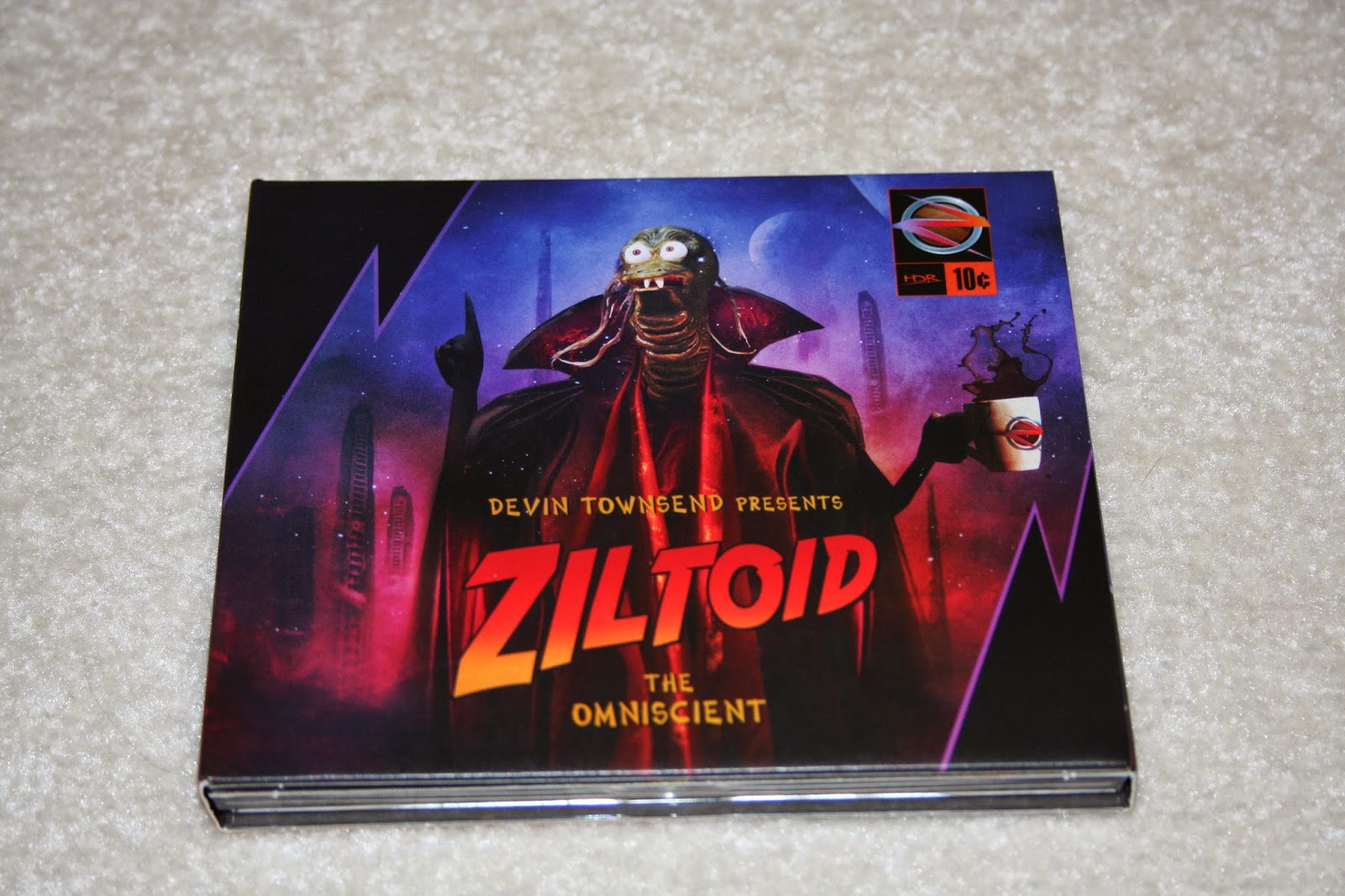