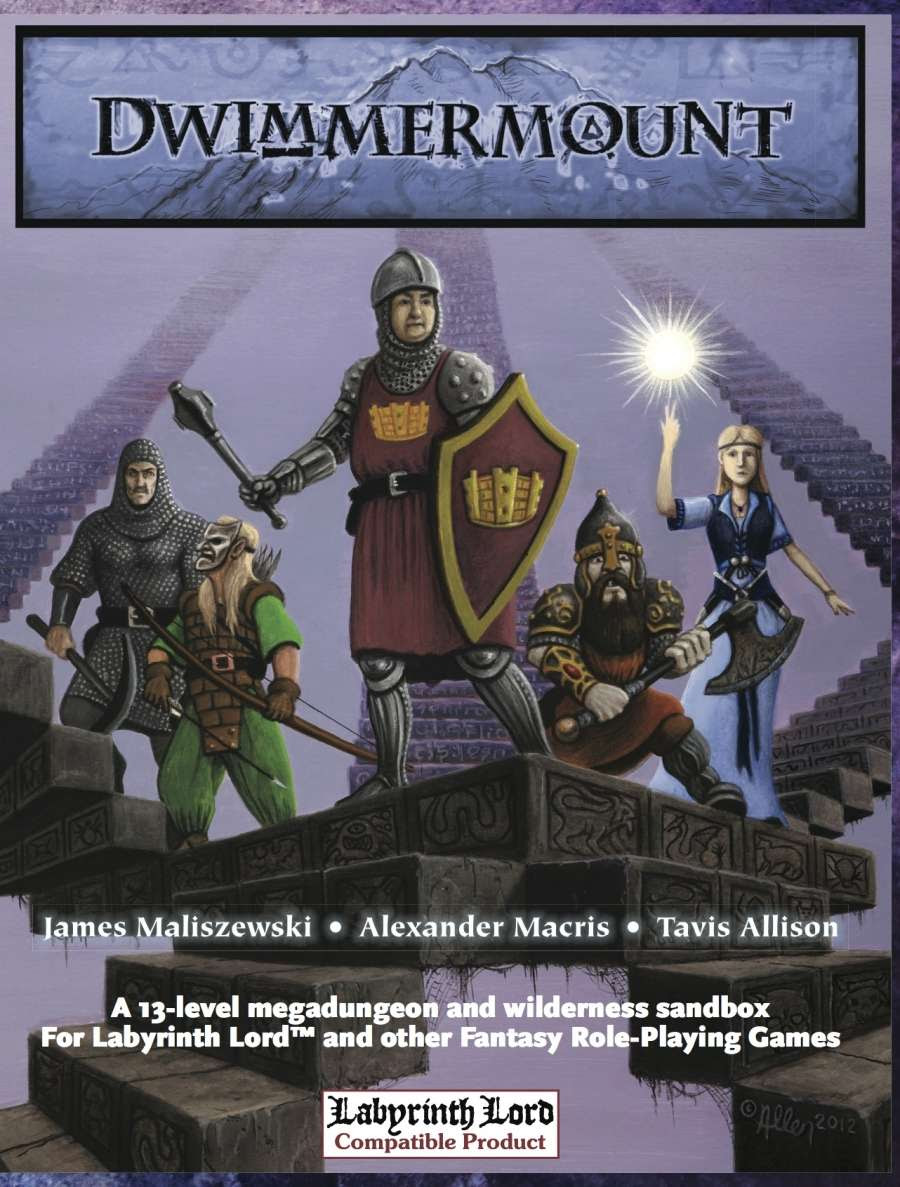 Got a bunch of stuff on the review queue now:

Dwimmermount (like it so far for pulp flavor, have read thru level 1, monster ratio is a bit lower than the one-in-three I personally like [EDIT - nah on further review it's just about perfect] - clearly requires getting players involved with the factions to get maximum utility)

Bottle City (like parts, but it's clear that Rob Kuntz ran a lot of this extemporaneously, it needs fleshing out or lots of improvisation, but haven't read thru it 100% yet)

F1 The Fane of Poisoned Prophecies

F3 Many Gates of the Gann

AA#12 The Barrow Mound of Gravemoor

AA#24 The Mouth of the Shadowvein

Back in Denethix, Pai Mei once again sought out some hired help that he could leave to die in a dungeon.  Interviewees:

- A snickering man in plate mail, promptly called out as an anti-paladin and told to take a hike
- Skeletor the Death Master, rejected on the grounds that he couldn't contribute any meaningful firepower
- Walter White the Alchemist, rejected on the same grounds
- Paula Abdul the Battle Dancer, hired!

Skeletor, Walter White, and the anti-paladin stormed off angrily, vowing to form their own adventuring party.

While Pai Mei did his hiring, Gutboy interrogated the hinge-headed mind crystals.  They identified themselves as a staff sergeant and two sub-corporals, and demands angrily that they be returned to the hinge-headed outpost.  Gutboy used his persuasive skills to try to drive a wedge between the sergeant and his underlings, but no opportunity came up to exploit this division.

The party headed off to the dungeon.  Only a short recap here:

a. The cod-men had left a sign outside the 3rd level entrance, demanding 50 gp per adventurer.  They were bemused that there was no one to actually collect at the gates to the dungeon, and tossed the sign into the woods.   The cod-men toll collectors were positioned a few rooms in, and let the "Mongos" pass for free, as they were well known to the cod men.  They did pass on the information that two other parties had come through already.

c. They began exploring the large 30' wide flooded tunnels, and collecting the faces from the statues at the end of each hall.  One of the statues had a shark-tooth necklace - when Moe was coerced to put it on, it began whizzing around and contracting, quickly sawing Moe's head off

d. They found a room with a pair of pedestals, each sporting a pair of hand grips, and an array of tubes, wires, and mirrors between them.  A sign read "Test your Mental Strength".  Pai Mei went up against Curly - Curly's head began to smoke, and he quickly fell to the floor twitching.  Pai Mei felt a surge of mental energy from his victory, and was aware that he could unleash a deadly mental blast now.

e. They took the faces to a hall containing eight identical statues to the ones they had already found, and a ninth statue of a "great founder" holding his palm out, full of dice.  They screwed the faces into the statues, and one of the dice began glowing pink.  It was quickly shoved into someone's backpack.  Yoink!

f. Wandering monsters aplenty - vampire piranha, sharks, a toymaker wizard with a suitcase full of evil sock monkeys, and an adventuring crew called "The Green Hands" on account of their green gloves.  The wizard's bowler hat and suitcase were confiscated.  The Green Hands had a half dozen slaves with them that they used for setting off traps - these were provisionally "rescued".  An amulet with a three-lobed eye was looted from one of the Green Hands.   The last thug, Larry, and Roger the Halfling Guardian were lost in combat.

g. The back passage was taken to the outpost of the hinge-headed.  Stopping to investigate a room on the way, they fought and slew the Lucrephage, the terror of the hinge-headed - a hideous monster that sucked treasure from the party.  Gutboy's glittering armor was peeled of its emeralds and gold filigree, and one of the hinge-headed mind crystals was absorbed, before the beast could be killed.

h. They spoke with Section Chief Burtelix of the hinge-headed outpost and negotiated a round-trip pass through the domain of the Hinge-Headed to Bartertown, Under-Miami, and beyond, in exchange for returning the two surviving mind crystals and slaying the dread Lucrephage.

i. Upon their return to Denethix, the party identified the pink die as a "Stone of Retribution" - upon the death of an ally, they could throw the stone at the corpse and the death would be visited upon the killer instead, and their comrade returned to life.  They also sold the amulet of the three-lobed eye at the Bazaar Incomparable - a shady looking gentlemen observed the transaction and was visibly upset.

j. The former slaves were released to return to their families, or wherever else they came from