My unusually high charisma has once again caused a free gift to arrive: 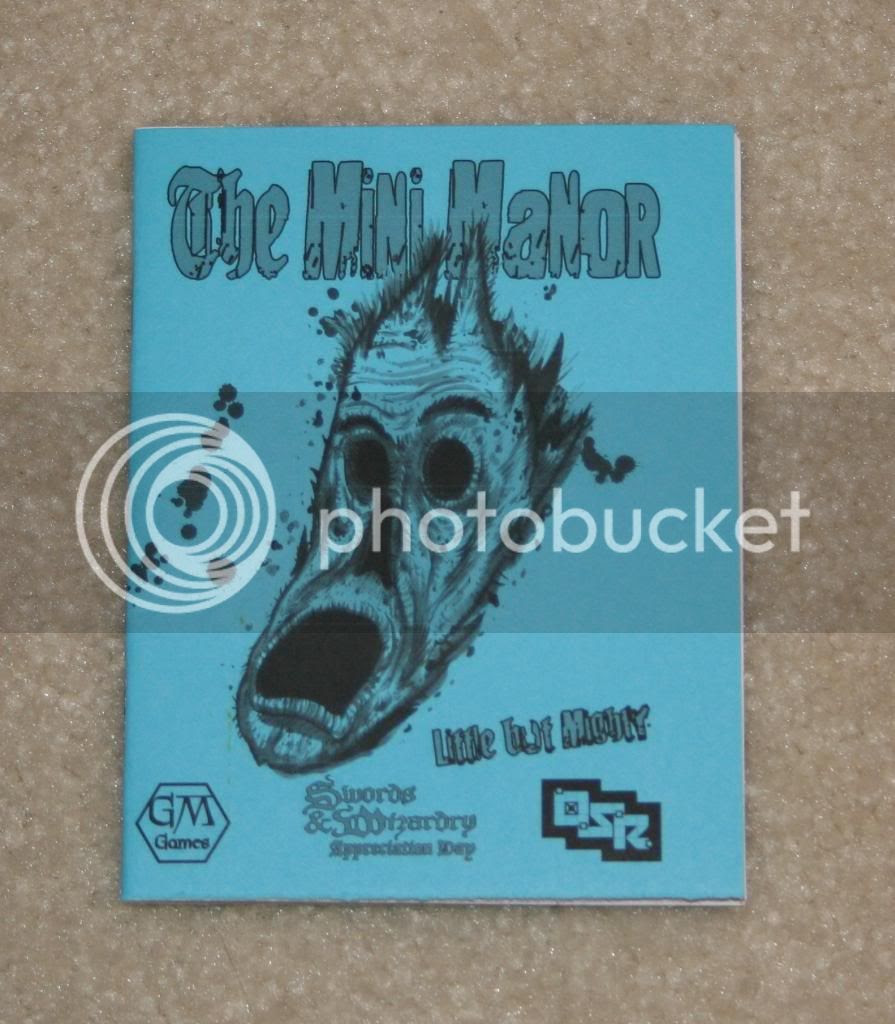 The Mini-Manor showed up unexpectedly yesterday.  I want to review it in depth, but the big reveal is too cool, so there's only so much detail I'll give you.  Plus, you can just check it our yourself - Tim Shorts offered it up as freely downloadable PDF for Swords & Wizardry Appreciation Day, and it's available at Gothridge Manor..

a. The magic items are all new, there's plenty of them, and they're very imaginative
b. Solo adventure for a 5th level shmoe.  He's probably going to die, because this adventure is tough. He wakes up in a cell, with a bunch of other shmoes, and there's some jerk cutting those other guys' faces off.  The point of the adventure:  beat that guy to death with a nearby severed arm, and then get out of the dungeon alive
c. A twist at the end!  Hahaha on you, player!  If the poor guy survives that long, of course...

Note to Ferrari dealerships - I will also review cars, if one were to mysteriously arrive in my driveway.