Land of One Thousand Towers

This map is the least important of the bunch - it's for yanking place names off of in a hurry, when the players meet some NPC from foreign lands, or if I have to figure out which direction a wandering wizard may have come from.

The Land of One Thousand Towers is the name for the world, due to the vast number of wizard towers.  It's a terrible place, but with one bright shining light - the city of Denethix, which is experiencing a glorious renaissance.  I'm sure the players will wreck that for the poor people of Denethix in some horrible and unintentional way, but right now it's all butterflies and roses.

The wizard towers do not have any wizards assigned to them, that will be done on the fly.  The jungle I expect I'll change to pine forest.  I want a Cretaceous-era feel to the map (thus the "Western Interior Sea"), and I don't need jungles for that.

I haven't tossed in much flavor yet, I'll add that as I re-do the map in Campaign Cartographer 2.  I'll probably also rename the Titanium Wastes to a more obscure element.  It's a good place to drop in a lanthanide.

Click the map to enlarge.  Each square equal 20 miles. 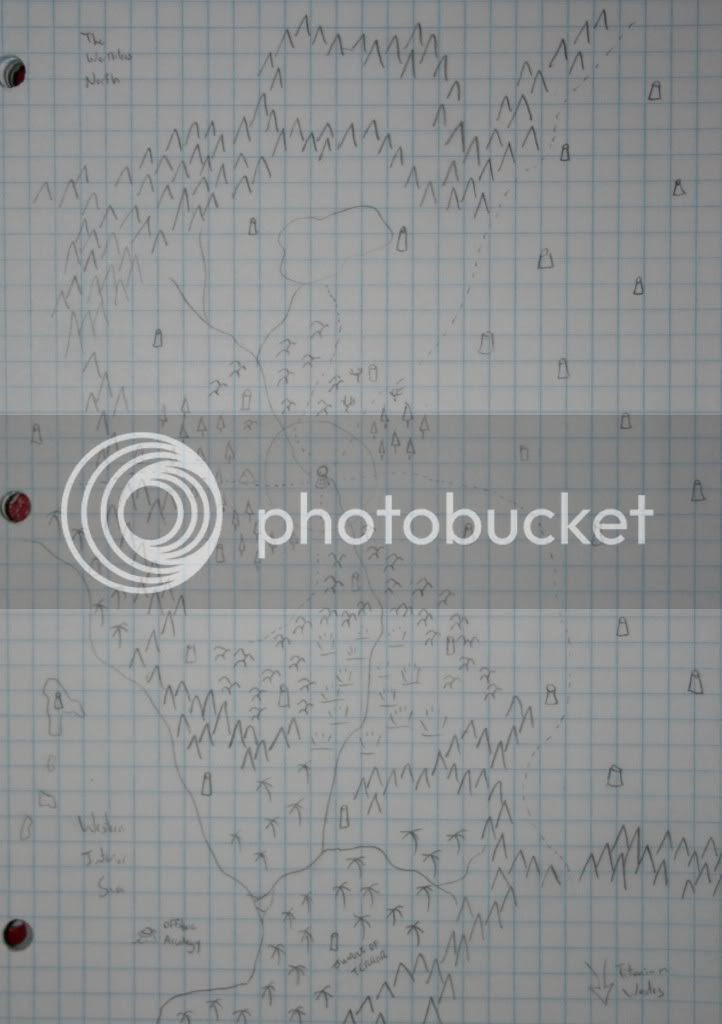